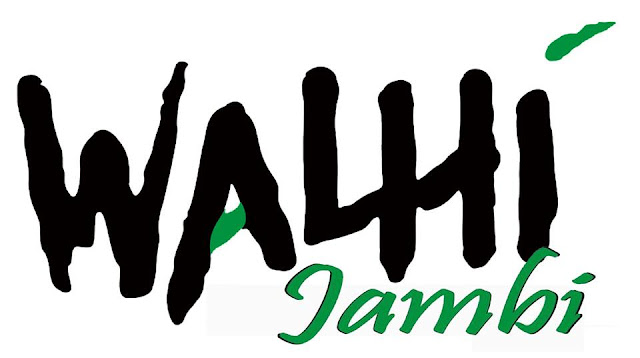 Joint press release by World Rainforest Movement, Watch Indonesia, Walhi Jambi, Grupo de Reflexion Rural, Biofuelwatch and African Biodiversity Network
5th December 2007 – Bali
Six organisations from North and South will be presenting evidence about the catastrophic impact of large-scale biofuel production on the climate and ecosystems, communities and food sovereignty at a UNFCCC side event on 6th December.
Speakers from Indonesia, Argentina, Uruguay, Uganda and the UK will speak about “Biofuels, Climate Change and Climate Justice”. They will discuss the increase in deforestation and thus greenhouse gas emissions in the global South due to the growing demand for biofuels, the displacement of local communities, loss of food security and food sovereignty as biofuel crops replace food production and push up the price of food, and the impact of increased agro-chemical use for biofuels on people, biodiversity and the climate.
Stella Semino of Grupo de Reflexion Rural, Argentina says “My country is a perfect example of what industrial agriculture implies: deforestation, rural exodus, soil deterioration, loss of biodiversity, high agrochemical imputs, water pollution, disastrous effects on human and animal health, and direct human right abuses. With the growing demand for biofuel, this situation will be exacerbated.”
Almuth Ernsting of Biofuelwatch adds: “Far from being a solution to climate change, biofuels are accelerating global warming, because vast areas of land are needed to meet even a small fraction of our fuel demand. Much of this land is coming from rainforests and other natural ecosystems which are essential for regulating the global climate. Furthermore, land on which communities rely for their livelihoods and food sovereignty is being taken over to make way for biofuel plantation.”
Timothy Byakola of the African Biodiversity Network will talk about plans for converting large areas of community land and natural ecosystems across Africa and specifically in Uganda to biofuels. The African Biodiversity Network have just published a joint call by African NGOs for a moratorium on agrofuels development, agrofuel exports and agrofuel targets in Europe and elsewhere in the world. They warned “The biodiversity and livelihoods of Africans should not be considered expendable for the cause of climate change solutions.”
Ana Filippini of the World Rainforest will address the dangers of relying on so-called second generation biofuels to make biofuels sustainable: “The term ‘second generation biofuels’ hides the fact that those will be produced from the same type of monoculture tree plantations that are already having enormously negative social and environmental impacts on Southern countries, whilst adding some new and threatening elements. Researchers are already genetically engineering trees, microbes and enzymes for ethanol production. These techniques will result in further expansion of the destructive monoculture tree plantation model.”
Finally, Muhammad Rusdi of Walhi Jambi, Sumatra, and Marianne Klute from Watch Indonesia will talk about the serious impacts of palm oil production on communities and the environment in Indonesia. Marianne Klute says: “Palm oil for biofuel is driving people into poverty. Large scale agrofuels plantations already are responsible for hundreds of human rights abuses. Furthermore, they have the potential to create more horizontal and vertical conflicts. This is not the climate justice that the people of Indonesia want to achieve.”
Contacts:
Marianne Klute, Watch Indonesia, 0062-831-180 63680
Stella Semino, Grupo de Reflexion Rural, 0062-831-680179
Almuth Ernsting, Biofuelwatch, 0044-7931-636337
Notes:
1. The side event “Biofuels, Climate Change and Climate Justice”, organised by the Corner House, will be held on Thursday, 6th December at 3.30 pm at the Hyatt Hotel, Solar Room
2. A leaflet produced by the organisations involved in the side event can be found at
http://www.biofuelwatch.org.uk/docs/bali_leaflet.pdf
3. For the African Agrofuels Moratorium Call, see www.gaiafoundation.org
4. Groups involved in the UNFCCC side event will also hold a workshop on agrofuels and climate justice at the Bali Solidarity Village on Friday, 7th December, 4-6pm. For more details of that event and the speakers, please contact Marianne Klute or Almuth Ernsting